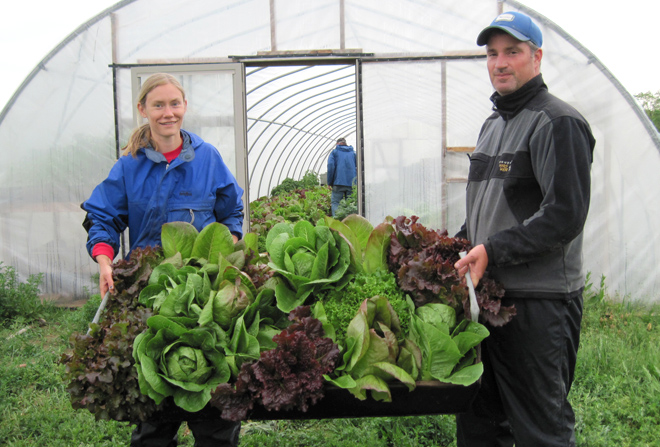 The nation is losing some of its best farmland. Nearly four million acres of irrigated land are lost each year because fertilizers and pesticides used in conventional agriculture choke irrigated soils with salt, costing some $11 billion in reduced productivity annually.1 In Illinois, we lost 160,900 acres during 1992-1997—a 137% increase in the rate of loss over the previous five year period.2

Organic food contains fewer residues of pesticides than conventional agriculture. In addition to contributing to contaminated drinking water sources and wildlife extinction, pesticide exposure is harmful to humans; farm workers suffer between 10-20,000 illnesses annually due to pesticide exposure,3 and women with breast cancer are five to nine times more likely to have pesticide residues in their blood.4

Well-managed farmland shelters wildlife and supplies scenic open space. It also helps filter impurities from our air and water. These working lands keep our taxes down and maintain our agricultural heritage.5