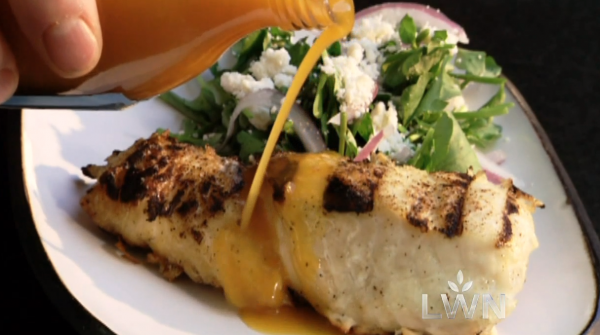 How the mettle of roasted tomatoes changes when simmered with habanero!  Sure, the hot chile gives them some piquancy (though the chile in this recipe is just cut in half in traditional Yucatecan style, so it won't impart much), but they also take on that flavor so many of us have grown to love—fruity, herby, complex.  In short, deliciously, unusually habanero.  This is a cooked mixture (hence the name sauce), but it's thought of more as a salsa in Yucatan, set out at room temperature to spoon on another preparation.  But feel free to add 1 cup of chicken broth to it once it's reduced, and simmer for an additional 15 minutes.  You'll have an all-purpose habanero sauce to use on enchiladas or eggs.

Yucatecans roast lots of their vegetables, usually on a griddle since ovens with broilers are not common.  I've described the traditional method for the tomatoes, then given you the simpler, more controlled broiler method.

Replacing fresh tomatoes with good-quality canned is an option (you'll need a 28-ounce can);  you'll miss the roasty flavor, but the sauce is certainly worth making.

Advance preparation: Covered and refrigerated, the sauce will keep for several days; it also freezes well.