Oaxaca is legendary among Mexico’s regional cuisine. It is, of course, the land of the SEVEN MOLES! But it’s a whole lot more. And that’s where Topolo’s latest menu will take you.

First we head to to the beach for oysters and a little mezcal. Then we’re off to the infamous, smoke-filled “taco corridor” in downtown Oaxaca City for a little primal goodness.

In the Chinantec highlands, there’s a rustic “stone soup” cooked right in its serving vessel, a technique we’ve emulated at your table.

And all along the Pacific coast, folks are grilling red chile-glazed fish a la talla over wood fires.

But wait! No mole on the Oaxacan tasting menu? Yes, a little chocolate-laced mole coloradito—perhaps a touch sweeter and chocolatier than usual—with your spiced layer cake and Oaxacan chocolate ice cream.

Expect anything — Oaxaca is always filled with surprises. 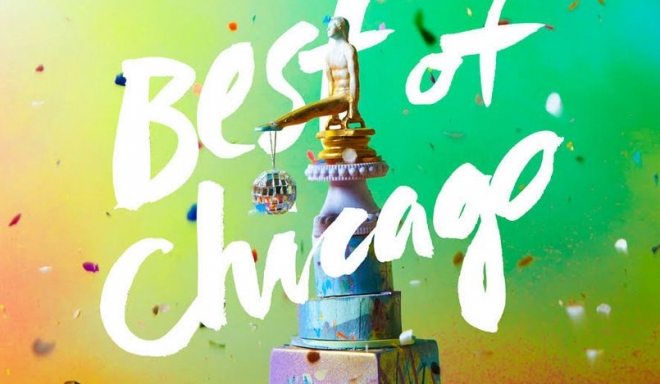 Chicago Tribune food critic Phil Vettel has bestowed some lavish praise on Topolo in years past.

Last year’s four-star review, the one where our fearless chef de cuisine Andres Padilla was credited for “triumphs of technique and scholarship that stimulate the mind as much as they do the palate,” simply blew us away.

Imagine our delight, then, when Vettel published his latest review of our Art Menu, a seven-course culinary journey designed to elicit an emotional response.

“‘Art,’ ultimately, is fascinating,” Vettel writes. “It’s Topolobampo’s most overtly collaborative menu ever, and shines a well-deserved light on lesser known members of Topolo’s team (Bayless’ name isn’t associated with a single dish, and Padilla’s only once).”

As Rick put it, we’re “button-busting proud” that our sous chefs, those hardworking creative souls, are not only credited by name in the review (how often does that happen?) but that their contributions to this special menu were so incredibly well-received.

Of Lisa Despres’ opening dish, a “tart, teasing plate” appropriately named “Once is Not Enough,” Vettel said “there’s enough heat and acidity in the dish to make one salivate, and, true to the title, I wanted more of this.”

Pastry chef Adriana Martell’s dish, called “Birthday Party,”  is “a symphony of chocolate and coffee flavors,” while Joel Ramirez’s “Spring Has Sprung” is described as an “explosion of “herbs, vegetables and flowers.”

For Vettel, Ramirez’s “After the Fall” dish was the “best dish of the night” for it’s “remarkable composition” of lamb and eel, as well as the daring, suprising manner in which it’s plated.

As ever, sommelier Jill Gubesch’s wine picks, are “unerring.”

News of the four-star review broke while Rick was out of the country.

But in this electronic age, news travels fast and transcends time zones, so Topolo’s guiding force was quick to post his kudos to his staff by way of his popular Facebook page.

“I’m button-busting proud, not just because I’m chef-owner of the place,” Rick wrote, “but because Mr. Vettel focused on each of the brilliant chefs who created these stunning dishes that explore flavor, art and emotion.”

“Draw what you see; paint what you feel.” – Francis Boag

Let us now alter the artist’s bromide to explain the challenge issued to Topolobampo’s chefs for creating the restaurant’s 2015 Art Menu: “Cook what you see; taste what you feel.”

The concept for the 2015 Art Menu began when Rick asked Topolo chefs Andres Padilla, Joel Ramirez, Lisa Despres and Adriana Martell to list the different feelings associated with dishes they love to eat.

They eventually settled on six: desire, exuberance, comfort, surprise, wonder and nostalgia, tying each emotion to a painting found in the plush collection of Mexican art adorning the restaurant’s walls.

The tasting menu begins with Lisa Despres’ “Once is Not Enough,” blending sweet, sour, spicy, smoky and salty flavors that will leave you desiring ever more. It ends with Martell’s magic, nostalgic “Birthday Party,” which arrives at the table like a fine dining dessert but with one bite transports you immediately back to warm, wistful childhood.

In between, the dishes will take diners on a journey designed to elicit an emotional response.  The full menu, complete with descriptions, can be viewed here.

We invite you to experience it for yourself.