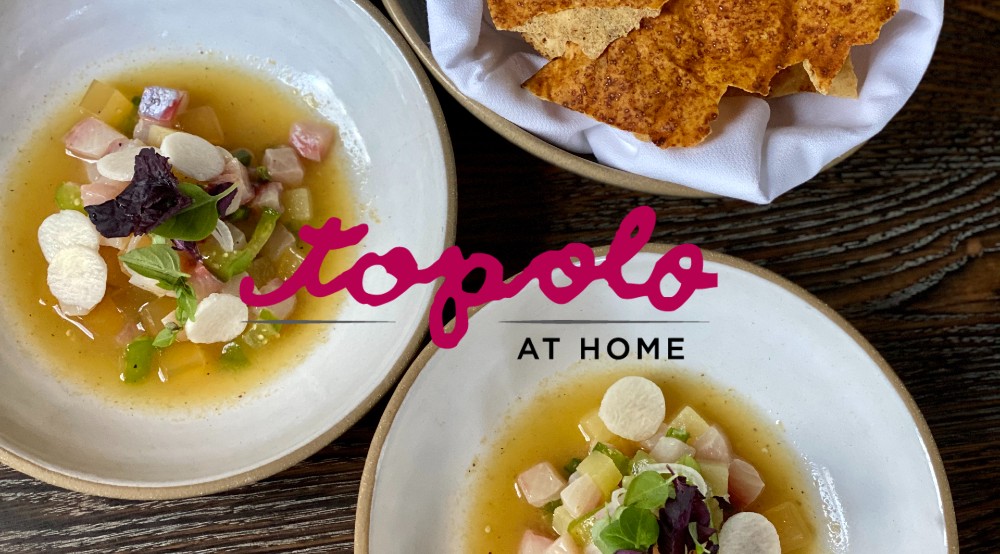 Yes! Until we can welcome all of you back to Topolobampo, we’re inviting you to welcome Topolo into your kitchen and dining room. Topolo at Home is a series of 5 courses from our Michelin-starred dining room, winner of the 2017 James Beard Outstanding Restaurant in American award. Everything comes fully prepared, accompanied by a video to show you how to warm and arrange each course for a memorable meal in the cozy confines of your own home.

Topolo 2.0 is suspending indoor dining by state order. We hope to welcome you back as soon as possible, but until then you can support our staff and enjoy an incredible meal by ordering Topolo at Home.

Rick and Deann Bayless opened Topolobampo in 1989, a few years after opening Frontera Grill. The two restaurants were designed to have the same front door, but that would be one of the few things they would share. If Frontera rocks and claps, Topolo is the sleek, artful sister. She’s also the more adventurous one.

LET US HOST YOUR NEXT FIESTA!

For a more intimate Topolo experience for your group, consider Topolo’s private dining room, The Library. We can accommodate up to 30 guests for magical multi-course meals. It’s just one of our three private event rooms at our Clark Street restaurants. For more information see