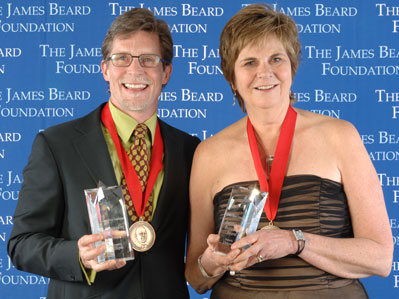 Finalists for the 2014 James Beard Awards were announced today, and we couldn’t be more humbled, honored and thrilled to be named among them. Topolobampo is one of five restaurants nominated for Outstanding Service. (We’re in admiral company: The other restaurants nominated are Blue Hill, Quince, The Restaurant at Meadowood and Vetri.) We’ll be heading to New York on May 5th—along with many other Chicagoans—to find out if we’ve won.