We’ve got some news.

Rick & Deann Bayless, along with the Frontera Group’s beverage director (and their daughter) Lanie Bayless, will soon open an agave-focused, late night cocktail bar in the basement—in the sótano—of Frontera Grill.

Technically located at 443 N. Clark St., Bar Sótano will be accessible by a century-old freight elevator located in the alley behind Frontera Grill. It is slated to open November 15.

The cocktail menu—inspired by the unparalleled bounty of Mexico’s markets—is punctuated by uniquely crafted mezcal and tequila drinks, all developed by Frontera spirits director Lanie Bayless and bar manager Roger Landes. Health-promoting herbs marry in a homemade vermouth. Sugar cane is squeezed fresh for a touch of sweetness.  Chiles and fruits play off each other. The flavors of aromatic tacos al pastor even make an appearance in libation form.

The Sótano team travelled to Ejutla, Oaxaca, to blend a one-of-a-kind mezcal from barril and espadin agaves to take these cocktails to a new level. Like your mezcal neat? You can bet there will be one of the largest selections in the country. Not into mezcal? There will be a selection of Mexican wines by the glass and Mexican craft beer. 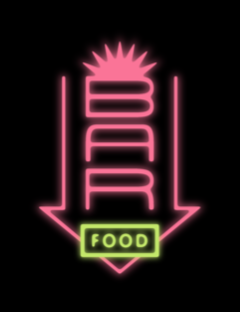 “Bar Sótano’s lifeline is the vibrant markets of Mexico, where fruit stalls, healthy herb stands and chile vendors swirl in a symphony for the senses. The craftsmanship of those who keep these Mexican flavors alive — including those who craft dozens of agave varieties into distillates — is unlike any in the world. Bar Sótano will reflect this side of Mexico’s exhilarating culture,” Rick Bayless said.

When you visit the intimate, 50-seat bar, you know right away that you’re in a classic late-1800’s downtown Chicago basement, rock walls and all. Muralist Juan de la Mora, from the Jeanne Gang studio, has created a floor-to-ceiling piece for the space.  This is will be Bayless’ sixth Chicago outpost and the latest addition to River North’s bustling nightlife scene. A limited amount of reservations will soon be made available on the Reserve app and by phone.